Are you thinking of buying or renting a property in Quedgeley? The Gloucester suburb is situated to the south west of the city and is a popular choice for young professionals.The A38, which leads to junction 12 of the M5 motorway, runs through Quedgeley. This ensures the area provides commuters and sightseers with good access to the South West’s major cities, as well as the rural expanses nearby.So, could Quedgeley be the right area for you? Read our area guide to find out more.

Quedgeley is a great location if you need to commute to bigger cities such as Bristol or Birmingham, which are located just 32 and 45 miles away, respectively.

By train from Gloucester, you can get to Bristol in around an hour and to Birmingham in around 55 minutes. Gloucester railway station also provides access to Swindon, Cheltenham and several other towns and cities nearby.

Quedgeley also benefits from a regular bus service, which connects the area to central Gloucester and the city’s other suburbs. Plus, with the M5 motorway just over two miles away, it’s possible to drive from Quedgeley to nearby towns and cities, as well as destinations further afield. 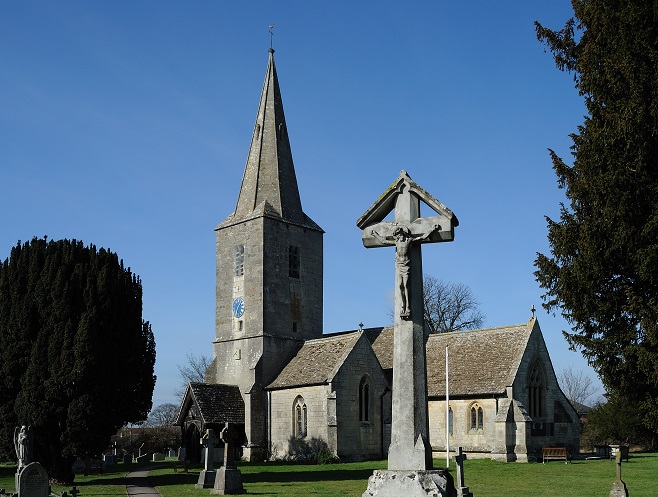 If you are looking for something to eat and drink, then Quedgeley offers a small selection of fine eateries. The Bumble Bee is a pub/restaurant that offers freshly prepared food and a welcoming atmosphere. Alternatively, The Barn Owl and Rose Tree Farm both provide family-friendly venues to grab a decent meal. Plus there’s also The Friar Tucks Pub, which is a traditional public house that includes a beer garden, entertainment and a fine selection of beverages.

How does Quedgeley rate for sport and leisure facilities?

Quedgeley Health and Fitness Club, at the Severn Vale School, is the area’s main gym for those with an interest in keeping fit. Activities include fitness classes and kickboxing lessons, plus tennis courts that are available for hire throughout the summer months.

Quedgeley Wanderers Football Club (QWFC) is one of the main sporting clubs in the area. QWFC’s home ground is located at Waterwells, and the club has youth teams from the age of five up to 16, plus a senior team.

If you don’t mind heading into central Gloucester, there are several other leisure facilities which offer more choice. One of the best of these is the GL1 Leisure Centre, which is roughly 3.5 miles from Quedgeley, and includes a complex of four swimming pools, a spa, fitness classes and a gym among its many facilities.

The 250 acre Robinswood Hill Country Park, located just over two miles from Quedgeley, includes a traditional orchard, a habitat for wildlife such as badgers, and a series of beautiful nature walks.

Alternatively, there is a beautiful canal path that runs along Sharpness Canal which in turn flows across the edge of Quedgeley, often used for runners or dog walkers.

If it rains in Quedgeley, there is plenty in Gloucester and the surrounding area to keep you entertained. For example, Gloucester City Museum & Art Gallery, located around 3.5 miles from Quedgeley, offers a varied range of exhibitions, including dinosaur fossils, Roman artefacts and paintings by English masters Turner and Gainsborough. Alternatively, if you fancy catching the latest film, you can head to Cineworld Cinemas in central Gloucester.

There is also The National Waterways Museum, located around three miles from Quedgeley, which is the largest warehouse in the Gloucester Docks and a place where you can discover more about Britain’s inland waterways. In addition, you could take a tour of Gloucester Cathedral, where they filmed scenes for the Harry Potter films.

Quedgeley has a selection of supermarkets to choose from, including a Tesco Extra, Asda and an Aldi. However, if its retail shopping you’re after, you’ll find everything you need and more in Gloucester Quays.

Gloucester Quays includes a variety of designer stores such as Ted Baker, Calvin Klein and Jack Wills. The Quays also has a number of cafes and restaurants where you could spend an evening. The Westgate Quarter of the city also boasts a varied range of stores – from independent shops to high-street chains. In addition, College Court and College Street offer boutiques and family-run stores, where you can find something a little different from the norm.

Just 3.6 miles away in central Gloucester, there’s the Olympus Theatregtf74

\\\, which dates back to 1890, and acts as a performance space for theatre, dance, live classical music, rock music, comedy and fashion. There’s also the Guildhall, which hosts live music, comedy, theatre, film, exhibitions and talks.

For more ideas, you can check out this Gloucester events calendar for inspiration.

For live sport, in Gloucester City Centre, you will find Kingsholm, the home of Gloucester Rugby Club.

The suburb of Quedgeley provides access to all the amenities you could need. Quedgeley Library on Bristol Road offers a good range of adult and children’s literature, internet access and a range of children’s activities.

There are also several health centres in the area, including Quedgeley Medical Centre, which looks after resident’s healthcare needs.

The Quedgeley area offers good access by car to the rest of the city. There are also several car parks in the area – including two free park and ride car parks in Telford Way and Hatherley Lane.

If you have a young family, Quedgeley provides access to a number of excellent schools.

Secondary schools include Severn Vale School, which received a ‘Good’ rating from OFSTED in 2011 and Beaufort Co-operative Academy, which teaches children aged 11 to 18.

To find out more about buying a property in Quedgeley, call or visit the local Andrews branch.