At Andrews, we have a proud heritage that is truly one of a kind. Our founder, Cecil Jackson Cole​, not only set up globally renowned charities such as Age UK and Oxfam, but also transformed the way that business and charity are able to work together in harmony.

Bringing People and Property Together
Establish

For Jackson Cole, the purpose of his business was to make money to fund his charitable initiatives, which aimed to tackle poverty and housing issues on both a national and global scale. Before he died, he transferred the ownership of Andrews Property Group over to two charitable Trusts, The Christian Book Promotion Trust, known as Speaking Volumes and, our main shareholder, Andrews Charitable Trust.

Our history is a proud one, and we are delighted to be continuing the work of our founder, adhering to his vision over 70 years after he initially pioneered it. Our social purpose is about far more than the sales and lets we are able to achieve within the walls of our branches, it’s about protecting the legacy of Andrews that has withstood the test of time for over 70 years already.

We work with two charitable trusts, Speaking Volumes which has a 15% stake in Andrews, and Andrews Charitable Trust, which has the remaining 85%. A guaranteed proportion of our yearly profits go towards these shareholders, allowing them to continue the work they do on local, national and global scales.

Andrews Charitable Trust (ACT) is our main shareholder, and their focus is primarily on the difficult issues that surround housing and poverty nationally and globally. While a Christian charity, they are faith based not faith biased and support organisations of all faiths.

In 2016, we launched our [establish] project, a 50 year initiative that would help to combine the expertise of the business and the charity to give back to our local communities. This enduring project aims to provide 50 homes over 50 years, working alongside local charities with the goal of providing homes to young people in need of housing.

This project has been described by one of our chosen charities as “an interwork project with accommodation included” and it indeed the aim of [establish] to offer support and guidance in the hope that the young people will be able to find work, either within Andrews or another industry, and eventually move on to become independent. We have already hired one resident from this project who now works for us as a financial adviser, with the hope of many more joining us in the future.

When Cecil Jackson-Cole first set up Andrews Charitable Trust, he set it up in order to help those less fortunate. A major element of this was helping those in need of housing and those living in poverty, reflecting the relationship with Andrews Property Group whose purpose was to bring people and property together. It therefore makes sense that ACT funds organisations built around tackling the cycles of housing and poverty.

Since the days of Oxfam, ACT has funded innovative charitable organisations, as well as offering continued support and advice from our Trustees. We have a long term partnership with Carers Worldwide (since 2012), a charity set up by Anil Patil to highlight the vital role played by family carers in developing countries and advocates for the inclusion of carers in support programmes.

ACT also funds innovative social action projects through The Cinnamon Network. The projects offer tried and tested models of support which can be delivered to help disadvantaged or marginalised people (of all faiths and none) throughout the UK.

After his wife passed away, Cecil Jackson Cole found that there was very little Christian literature to help him through his grief, and so he created The Christian Book Promotion Trust and endowed them with a 15% share hold in Andrews Property Group. This funding underpins the core costs of the work done by Speaking Volumes to this day.

The purpose of this charity is to highlight great Christian books, and give grants to community spaces such as prisons, schools, hospices, libraries, care homes and churches to help them purchase books and DVD’s on, about or inspired by the Christian faith.

They have also published their own book, A World of Difference, which tells the story of 8 extraordinary people who, inspired by their faith, enacted great change in the world. The book includes the stories of individuals such as Martin Luther King, Mother Theresa as well as Cecil Jackson Cole himself.

The Spirit of Andrews

You can just work in property, or you can work with passion and purpose. We value integrity, meeting targets by exceeding expectations and take pride in working for a business with an ethical approach at its core. 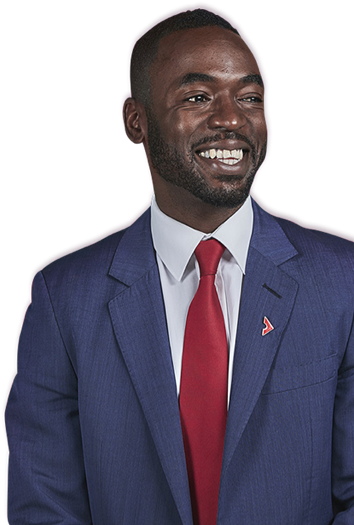