Our founder loved helping others

Before the outbreak of World War Two, Cecil Jackson-Cole let over 7,000 furnished flats to newlywed couples. It was after the war that he realised in order to sell furnishings and carpets it paid to be near the people who had new premises. So he started a flat agency so that when he sold a flat he could also sell carpets and furniture to the new owners. And that business grew to become Andrews and Partners. 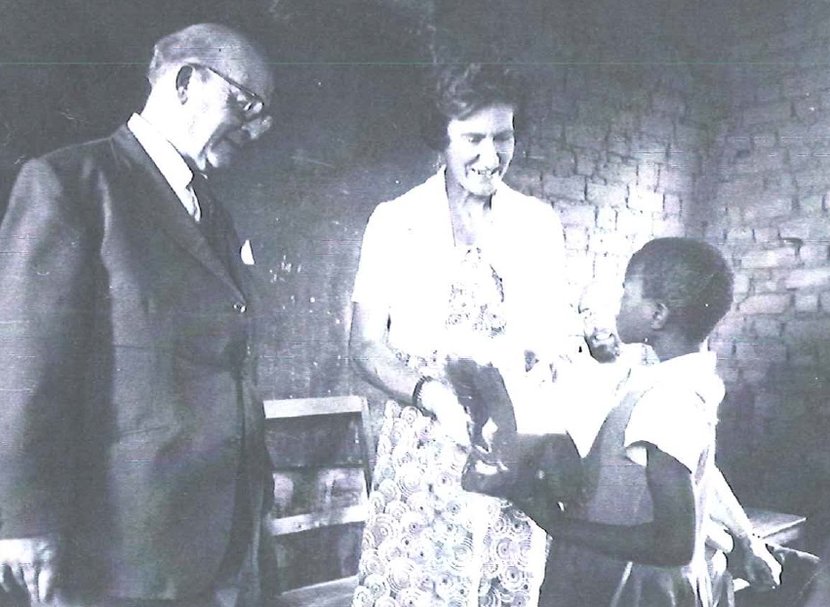 In 1936, Jackson-Cole married a lady named Phyllis. They had almost 20 years of happily married life together until her unexpected death in 1957. In her memory he set up the Phyllis Trust which still exists today under the name of the Andrews Charitable Trust. In his later life he married Theo Handley. They had their blessing at Delhi Cathedral in India in 1973 where CJC was still at work! He met a young man named Samson Daniel who approached him for financial help to set up a member organisation in Delhi. Instead, CJC offered to teach him everything he knew back in the UK so that he would be able to set up the organisation himself; and so developed Help the Aged India.

As with many long-running businesses, Andrews have their fair share of love stories. In 1972 two sets of twins arrived within a few hours and a few miles from each other, and another Andrews couple adopted twins all in the same day.

A staff newsletter written by Bryan Waterlow of the Chadwell Heath branch in 1980 talks of things becoming somewhat hectic;

“We are definitely trying to get a mention in the ‘Andrews and Partners Book of Records’, under the entry of most productive branch. In the space of only a few months two of our part-time ladies have both left to have babies, both of which, we understand, have now successfully produced. This was closely followed by our co-ordinator who is now on maternity leave awaiting the arrival of her first baby. Finally on the 28th June 1980 my wife gave birth to a 6lb 12oz boy. So we had four babies in as many months; from a manager and one office this must be a record! If this does not qualify us for first place, let us know, and we’ll try and catch up; we still have three eligible ladies!!!”

We are continuing to uncover more fascinating stories about our unique history as we approach our 70th year as Estate Agents. Love is in the air this week but to keep up to date with our latest discoveries, follow us on Facebook and Twitter.